Our website is full of little bits of cunning, some of them quite obvious, and others less so. We had some clever “easter eggs” on our website for both the 2015 and 2017 ones, many of which you may have discovered, but this time there's more than ever, including a few that you're likely to have missed out on. We've taken the liberty of preparing this list of things that our very clever (and terribly modest*) web & design team have come up with, for your edification and enjoyment. You can embiggen any of these pictures by clicking on them.

We know that some people may not have wide enough screens to see all of the front page's background, so may have missed out on some of the things near the edge – here's a picture of the full width, annotated with some of the little features that you may or may not have noticed: 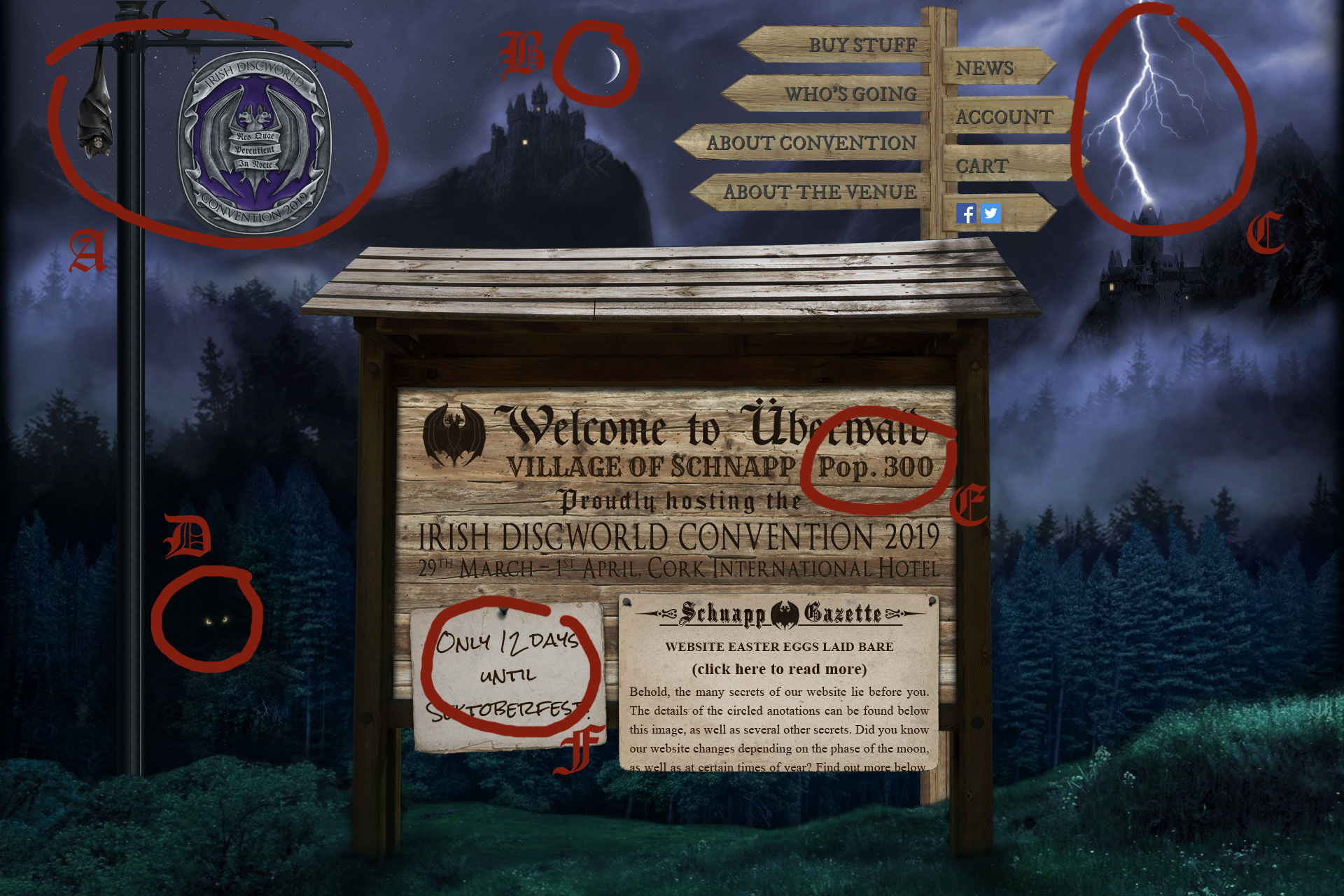 A – Both the bat and the logo sign swing if you hover your cursor over them.
B – The moon changes its phase in time (roughly) with the current Roundworld lunar cycle. See the Full Moon section below for how this can affect the rest of the website.
C – Every time you click, a lightning bolt hits this castle. We can only guess that Igor must be up to some theriouth ecthperimentth.
D – Keep an eye (ahaha) on these: they blink occasionally.
E – You can't tell any more, now that we're at maximum capacity, but the population of the village increased as each member signed up to the convention.
F – Much like the previous two conventions, this paper dynamically counts down to the convention (and swings on cursor hover)

As well as these features, you can award yourself a pat on the back, not to mention our serious admiration, if you recognise both of the castles (which are significant references) used in our background.

You've probably noticed that the moon in our background changes phase over time – but did you that some other things also change around the website when it's a full moon (as is only right and proper in Überwald)? For example, the Igor hands at the bottom of each of the content pages undergo a transformation:

As well as this, all of our Committee and Convention Staff shed their mortal disguises, and take on their true forms (which will fade back to human when you're looking, or rather, when the cursor is hovered over them). Here's what they look like before and after their transformation: 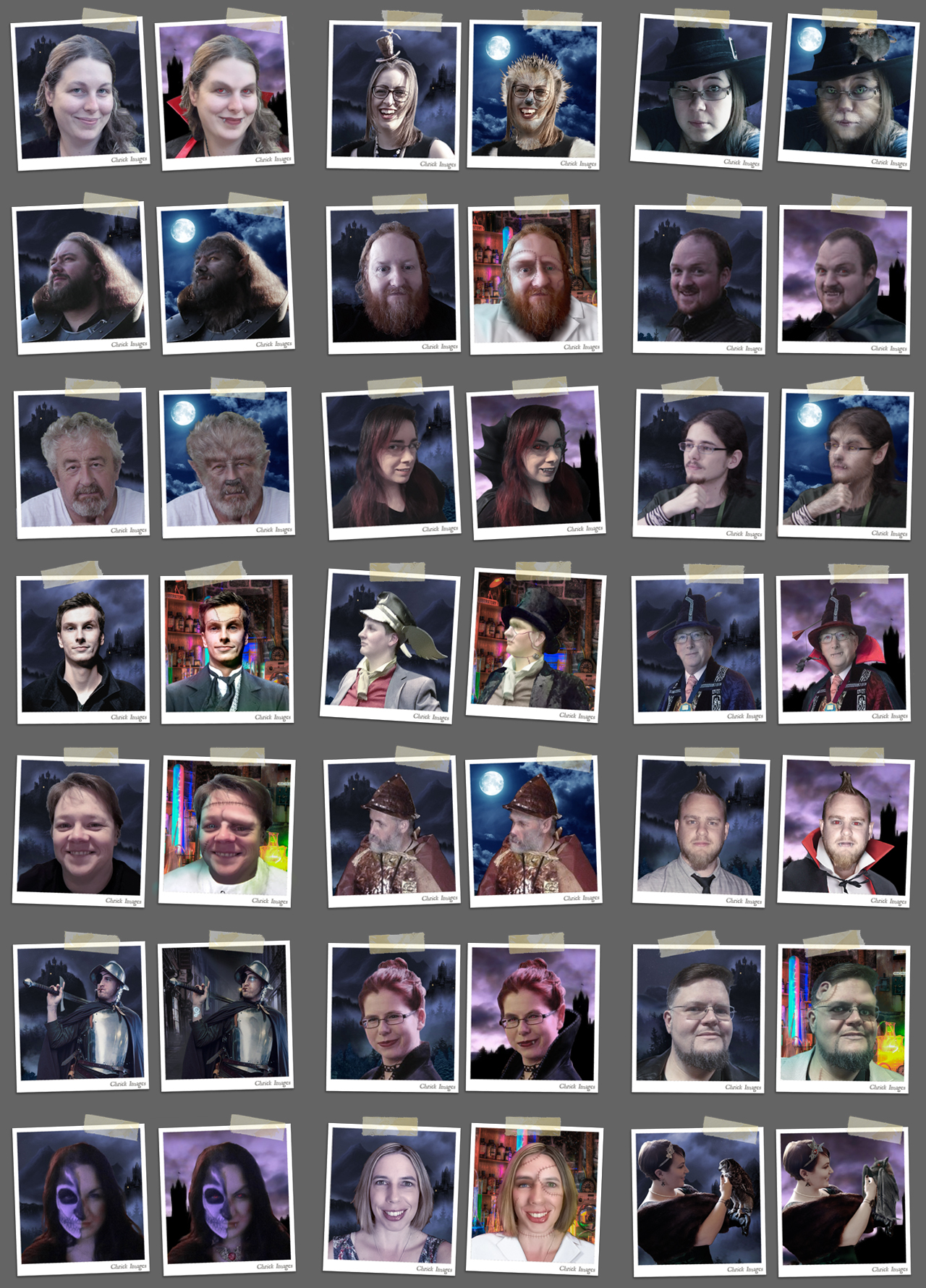 As an additional easter egg, anyone who attended IDWCon 2013 might recognise the backgrounds of the transformed versions...

Our website also has a habit of spontaneously celebrating various special occasions throughout the year. Unlike our Phase Of The Moon Generator, these will stop working after a few years, so you'll only have a couple more chances to spot them in their natural habitat (and some of them celebrated events that only happened once, so won't be returning at all). In the meantime, you can see demos of all of them below. 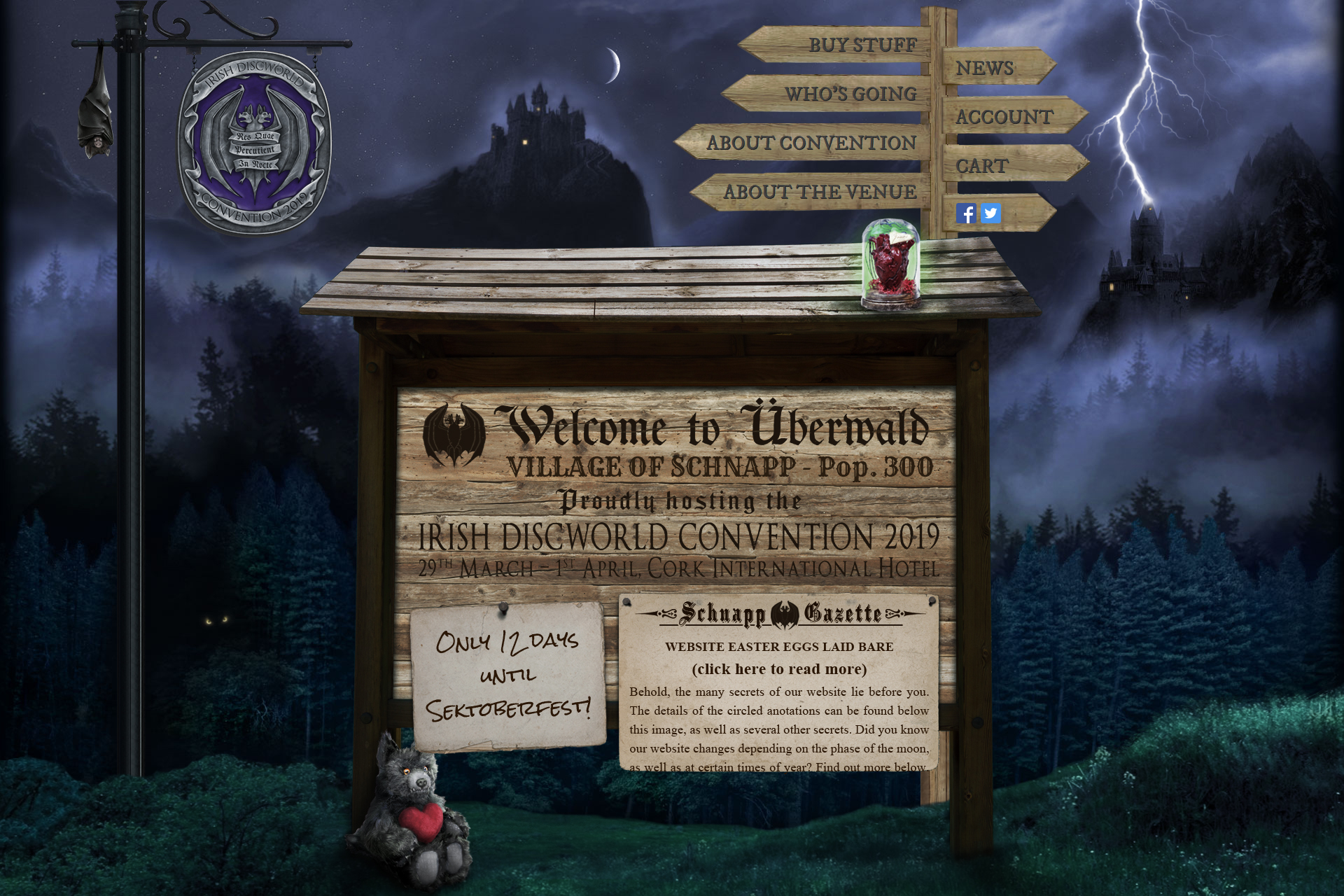 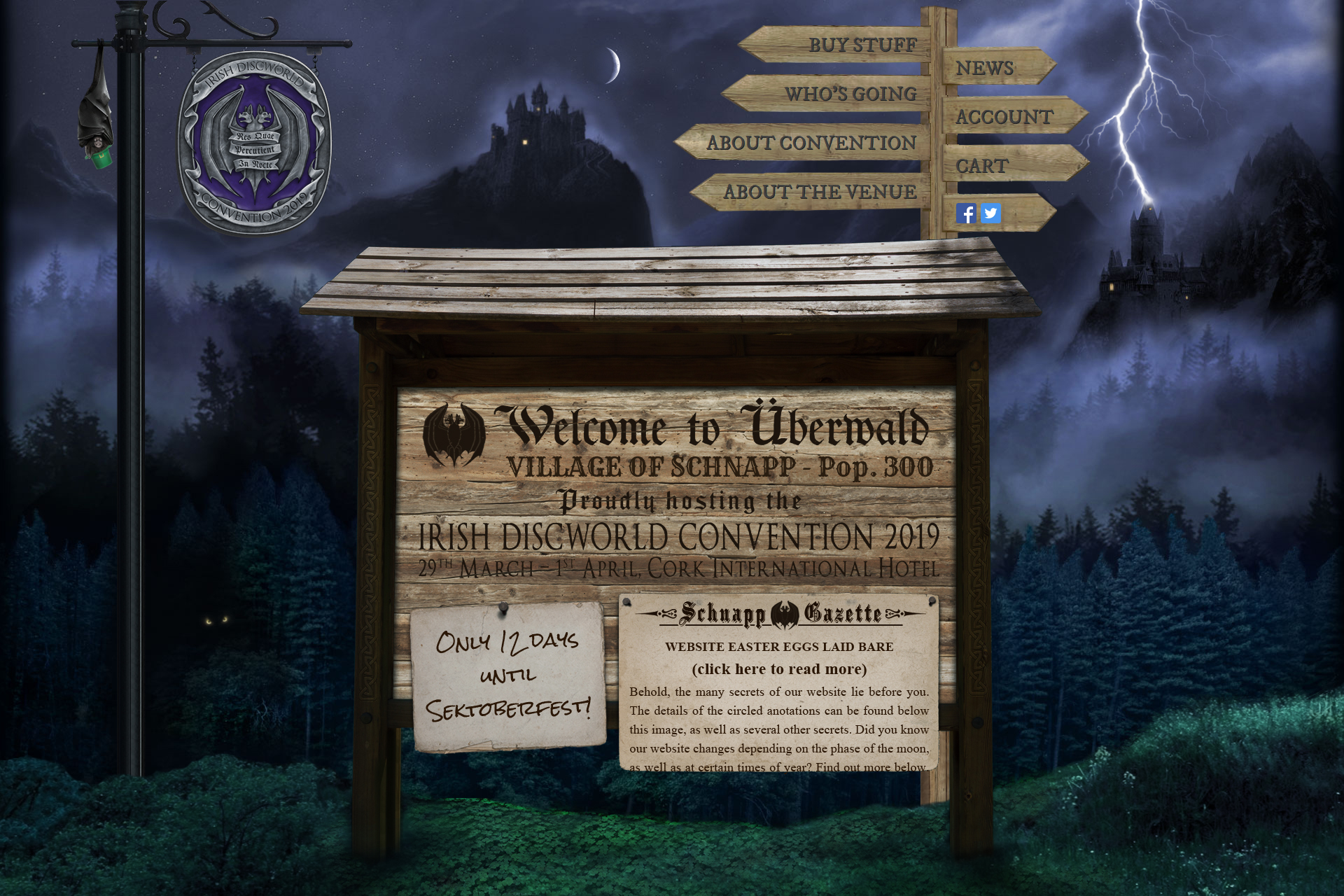 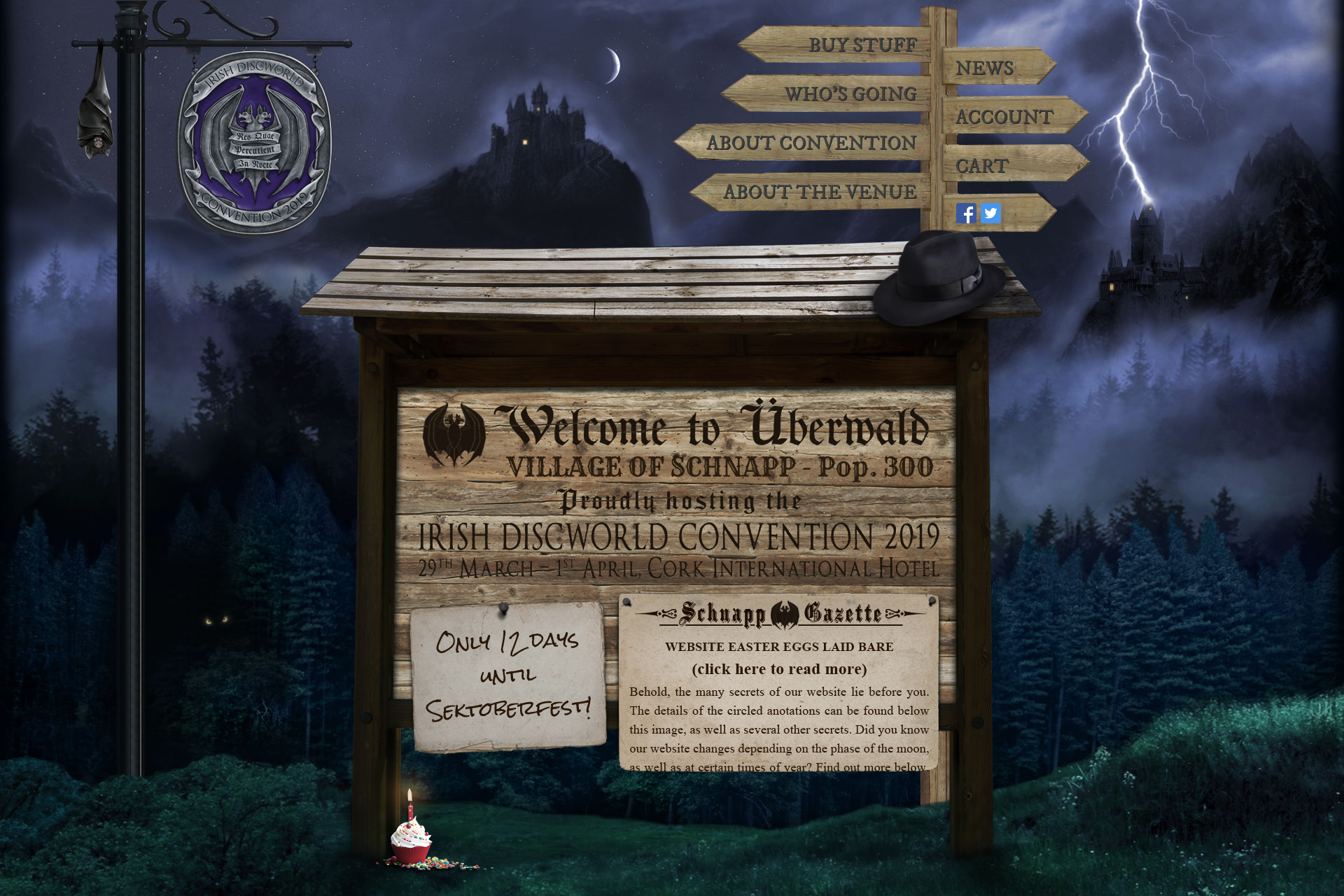 The Glorious 25th of May – needs no further explanation, if You Were There: 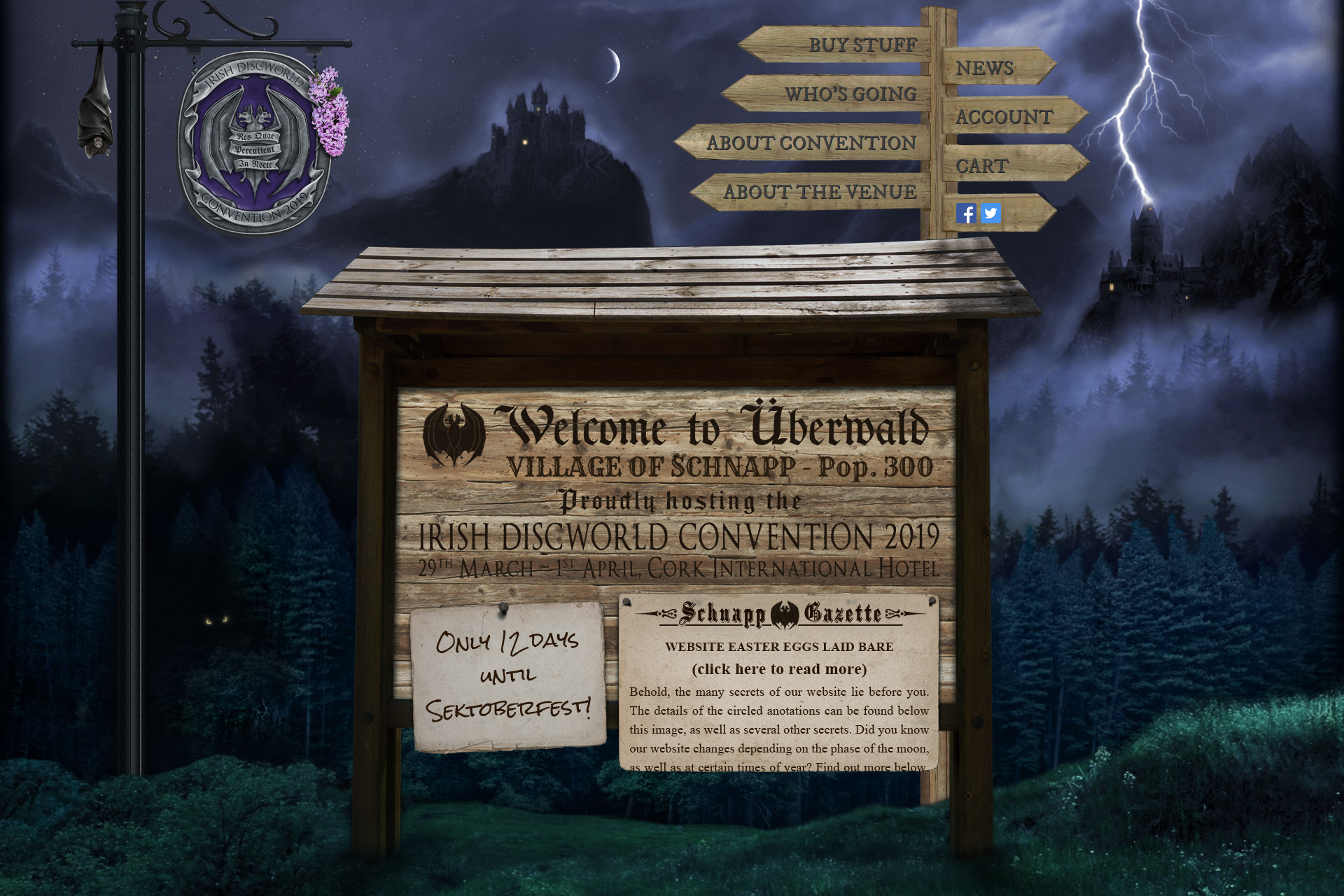 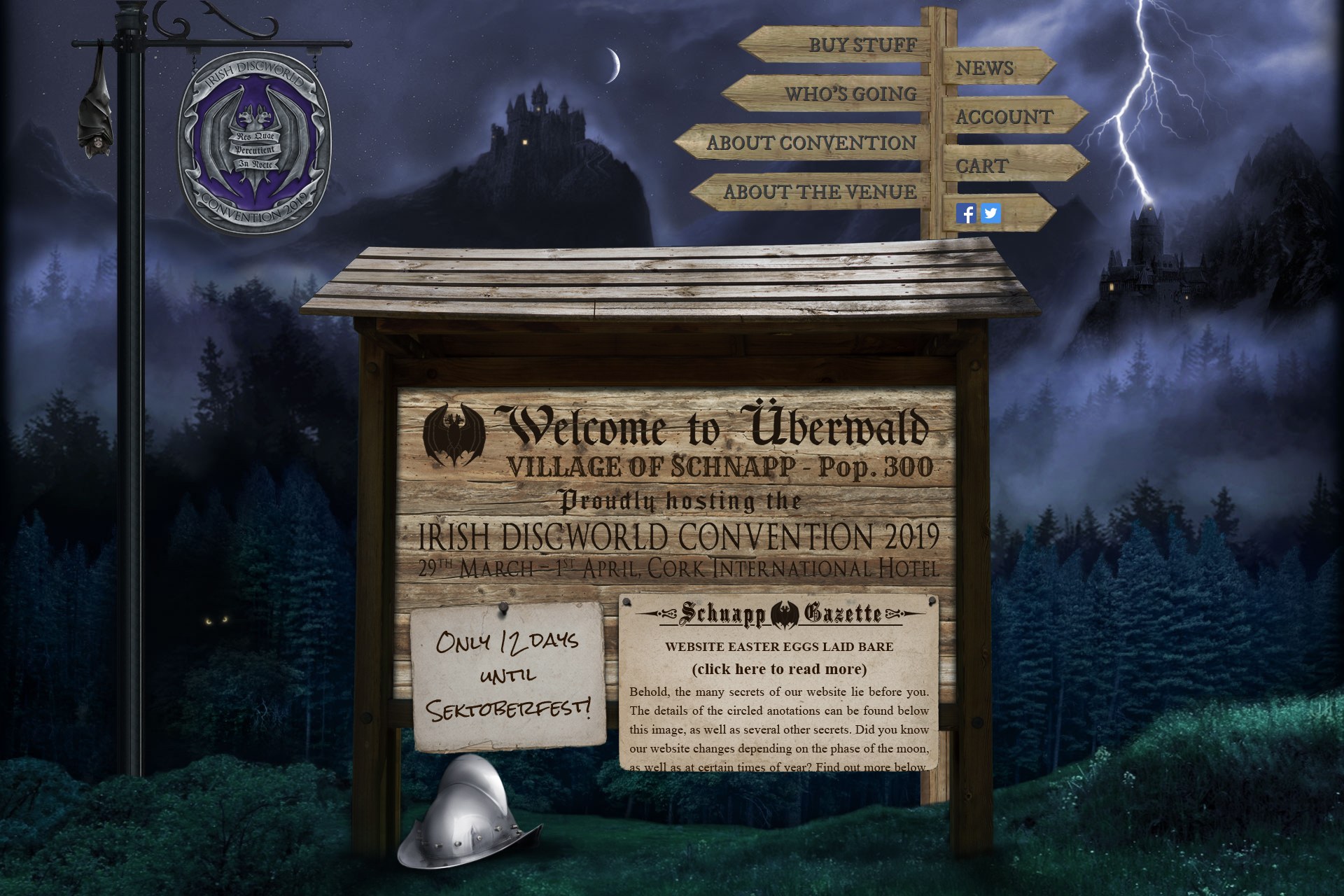 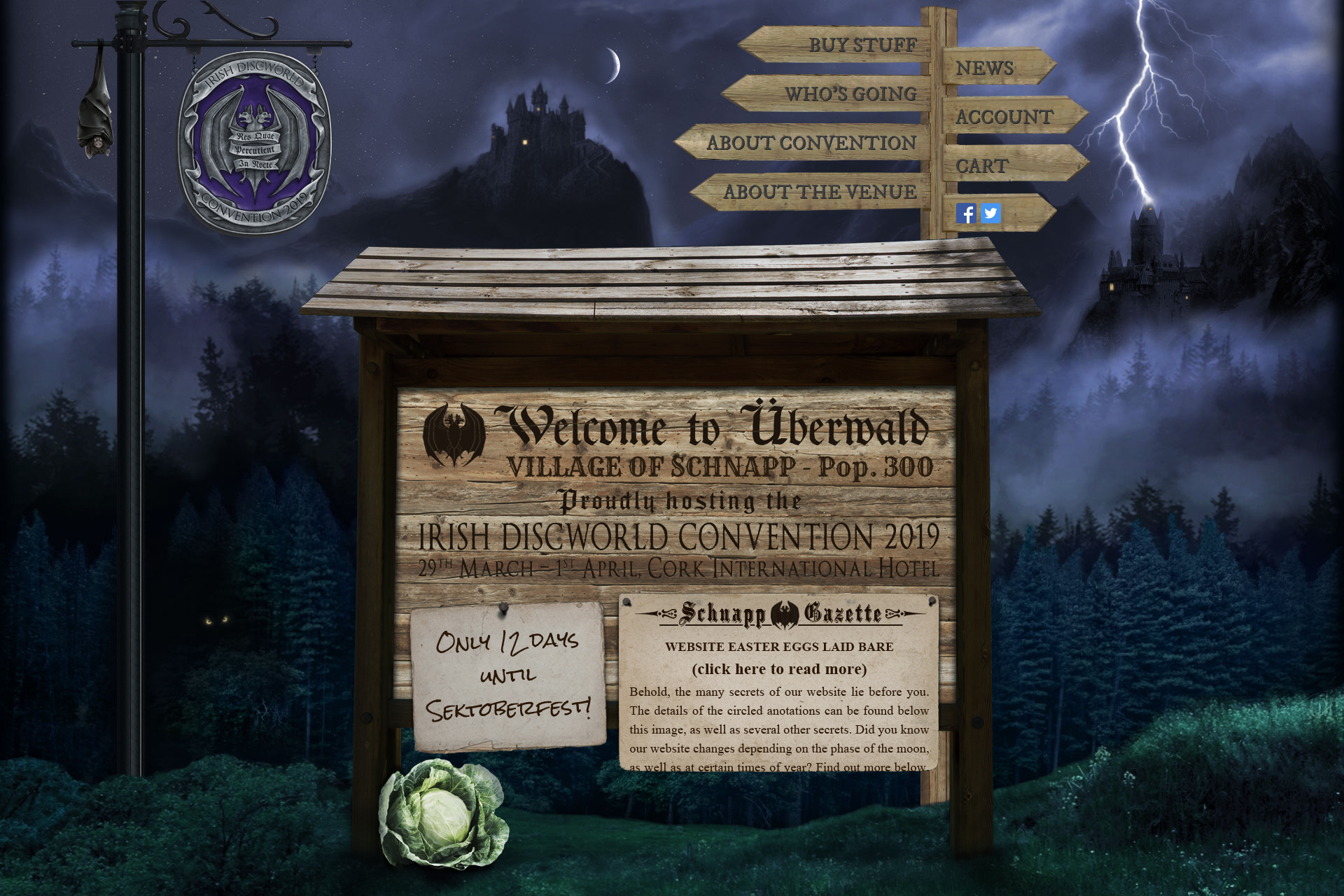 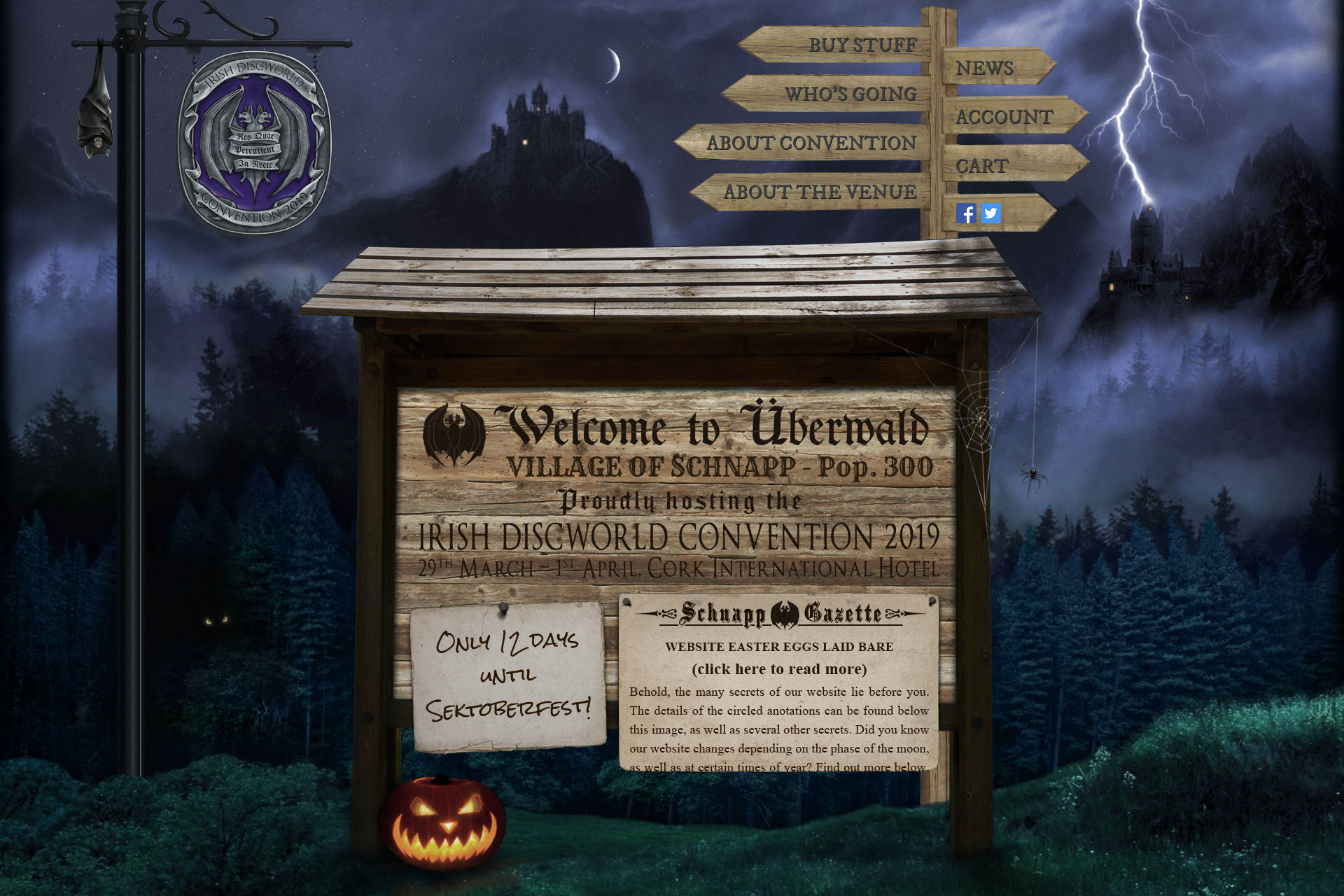 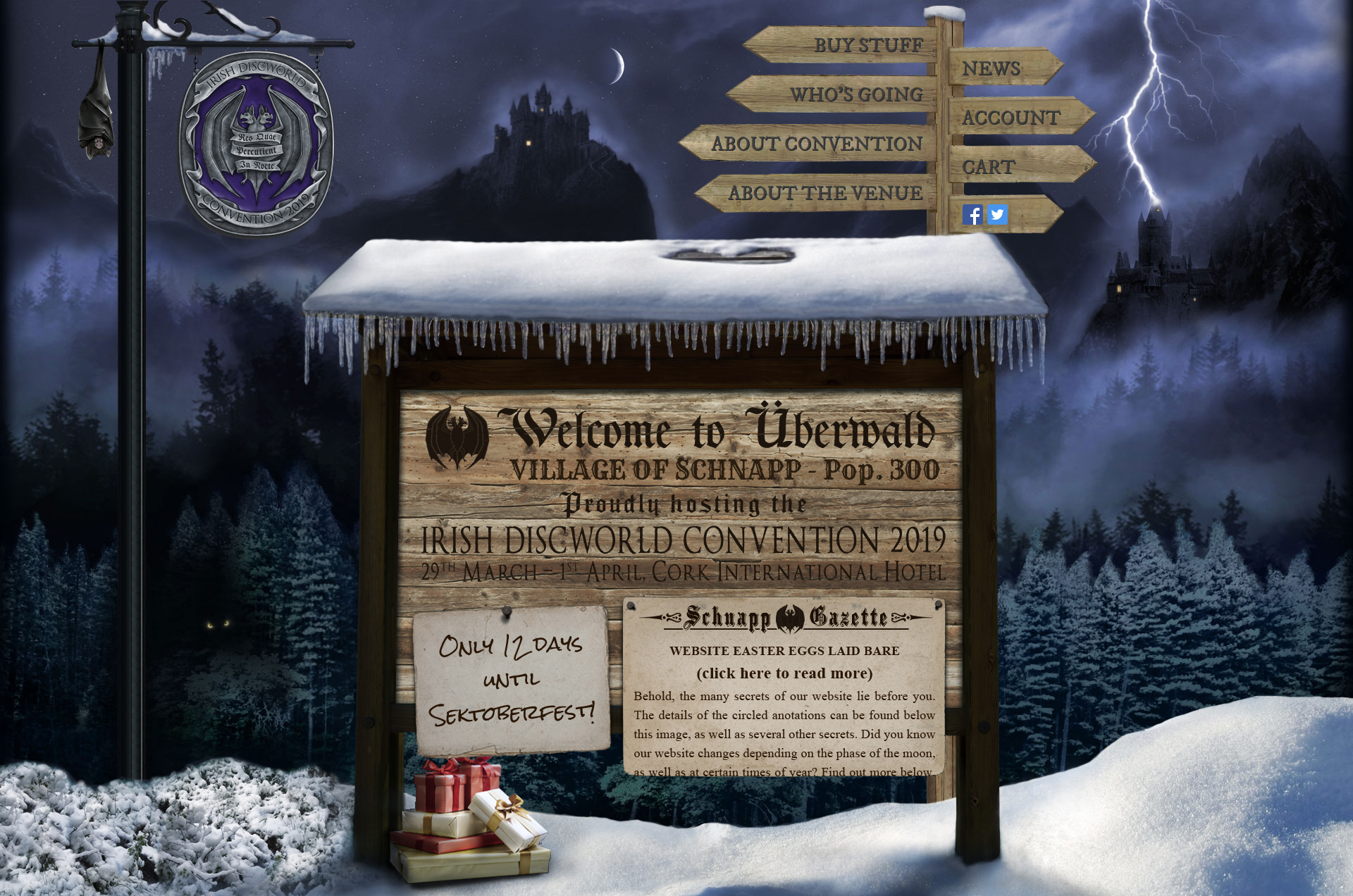